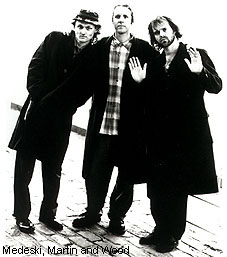 We are LUCKY to have this show! First (known) gig of 1994 gets the year going in an exploratory nature showcasing a young band searching for their sound while already having the reigns to control what they’re already able to accomplish. These early years of MMW are full of fire, and it’s fantastic to hear, but it’s only the beginning of so much more music … however, it’s fun to revel in these early grooves … onto the show!

– ONE SET –
A new tune begins the first set of the year, “Knoxville Beat”, and this is the first of 2 known performances, the 2nd being the following night. The temp title comes from this debut happening in Knoxville, and it is a cool rushed BEAT! Chris has a really cool busy line at spots coupled with this lengthy pulse to get the tune going, while Medeski lays it out fast as well and Billy drives it all. Billy keeps the drive up, but the keys and bass both drop to a more sparse groove, and so it goes … VERY cool to hear this. We had 3/12/1994 for a while and had presumed this tune on that show to be an improvisation since we had nothing to compare it with, but once we got a copy of this 3/11 gig I realized this is indeed a tune — and now it sorta sounds like one, eh? This breaks down into an Open Improv that kind of extends the tune’s outro until … 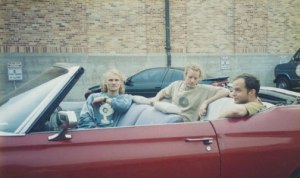 It’s A Jungle In Here, the song from album of same name, pops up, a tune that morphs over the next year to become the song Sequel, which is released on the album FAITU. Again, comparing to the 3/12/1994 gig, you can hear John refer to this tune as “It’s A Jungle In Here” so as far as the band was concerned, that was what they were still playing at this point…and while the tune is certainly not as clean as Sequel became, it sounds like the same tune but a little looser … at least to my ears … I think IAJIH might be missing some of the more structured breakdown moments that were incorporated into Sequel…maybe? I dunno …

Up next, “Screeching Flamingos”, dubbed such due to the screeching nature of Chris’ bow action and the fact that the tune’s first known performance is in this venue, Flamingo’s, the tune is a HEAVY TRIBAL VIBE! Wow! An incredible pulse to this groove, but we only have a couple of recorded versions, unfortunately: this and the next night, March 12/1994, where it opens the 2nd set. It almost sounds like a distant cousin to Worms (which we’ll hear from shortly), but is most certainly its own beast. Cool to hear, and again was thought to be an improvisation when all we had was 3/12/1994, but we now know it to be composed.

Shack, the tune, is up next and stretches into a VERY nice groove. Never disappointed with this tune, interesting the band abandons it over the next few years, but any time they visit the tune it’s worth the listen to this groove! 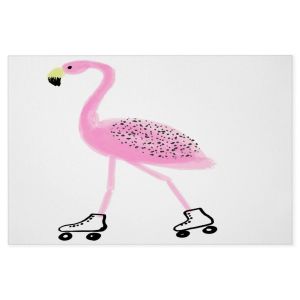 John introduces the band (NOT Billy), and lets us know we’ll be enjoying some Worms next, off their latest album (It’s A Jungle In Here) — great album! You should get it if you don’t have it! And so Worms offers us some more “screeching” bow work from Chris, albeit in a slightly more friendly groove (interesting to term Worms a “friendly” groove, but compared to “Screeching Flamingos”, it is!). Worms opens into a Drum Solo, which is normal for the tune — it’s the length and explosiveness of the solo that seems to vary from version to version, although some forego a solo entirely in favour of more wacky playfulness from the players. Anyhoo, this solo erupts quite largely and circles back to the Worms riff to take us out into some Open Improv before landing in this weekly series’ namesake, Friday Afternoon In The Universe — I just love the looseness of this wickedly groovy tune. The way it congeals from the ether, grooves, and then separates, FAITU is top knotch for me in MMW’s composed arsenal — it’s like a micro-sample of MMW’s macro-grooves, a snapshot of MMW captured in a single tune. As the separation ensues a Bass Solo rises allowing Chris to beat and groove his way into Chubb Sub, and it gets grooving in a real cool way.

A short pause, and then Medeski kicks in on the clavinet for a few minutes by himself, at the end of track#9, rolling over to the next track where we get to enjoy the Pakalolo — an excellent choice, not as expansive as some versions get around ’94-’95, before the tune fades out of the repertoire (thanks to those who requested in during the 2011 request gigs!), but still this is always worth hearing. I guess it might be cut short as a result of the trio migrating into some Improv that slides oh so nicely into Chinoiserie — you gotta hear this sequence of tracks! 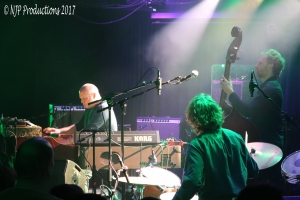 Another brief pause and John introduces the band, as was his role at this time, and then announces they’ll be closing with a King Sunny Ade tune, Moti Mo, and this is always a sweet vibe with which to close a gig … some might prefer something more upbeat, but the beauty and intensity of Moti Mo would win for me every time …

Cool to hear a couple of new tunes in this show, tunes that are a little more abstract than some of the groovier numbers but unfortunately never stuck around in the live repertoire very long, and yet THANKS TO THE TAPERS we have them captured to hear, lo these 23 years later, on this relaxing spring Friday Afternoon In The Universe …