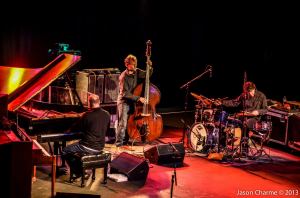 More shows being added weekly!
(FYI: I now have unlimited storage via OneDrive & Soundcloud,
so more shows are coming and ALL shows are staying!) 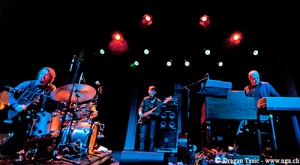 REQUEST A SHOW FOR THE SHACK STREAM!

(PLEASE NOTE: This project is not my day job — requests will be filled as time permits.)

Comments Off on The Shack Project – DIRECT DOWNLOADS & STREAMING!

The ACOUSTIC goodness of MMW … oh yeah. Perhaps more accurately referred to as “Chamber Music” — that’s what Billy called the music at the shows I hit at this time … has a nice ring to it … reverent …

Show begins carving through the open space, everyone filling the sound, and then c.3min Medeski plays this lilting line on the piano (familiar?) and the vibe changes to something soothing, which slides right into Hip Chops on the next track, a killer romp, courtesy of Roland Kirk, that is always fun to hear the guys play. The tune takes a turn near the end back into some Open Improvisation, which almost feels like it’s picking up where the pre-Hip Chops open exploration left off — cool! This set’s open playing so far has been rather comforting, but around 3min into track #3 the sounds take a turn towards the eerie and anxiety-inducing — tension! So it gets more tense for a bit before breaking apart into some random note playing (or so it sounds), which all pulls together into a groove of sorts when we roll into track #4.

The Improv takes a little shift @3:06 that sounds like the beginning of what is more developed by @6:03 of track #4 — I’m not sure if this is just really beautiful improvisation, or if we’ve hit a tune … kind of reminds me of something from Medeski’s solo album that came out around this time, A DIFFERENT TIME … but I’ve never been able to place it. A lovely listen …

A quick bassline from Chris and a sprinkling of melodica from John, while illyB interjects some snare accents, gets us going into what I’ve (stupidly?) temp-named “Melodiccordion Shuffle”. The tune debuted on the previous fall’s East coast acoustic tour and had John on the Claviola upon the debut of the tune’s melody on Oct 3/2012 in Fall River, MA — and it’s been unclear to me if itwas a song at that point, or just an improvised melody that night because it wasn’t until the next night that we hear a more “full” version of a song, and it continued to morph over that fall tour, the Blue Note run, and in these spring ’13 gigs. Anyway, the Claviola was new to me when I witnessed that first melody performance in Oct ’12, and I dubbed the instrument a “Melodiccordion” — it’s like a hybrid of the melodica and an accordion, hence the odd temp-name for this track since I often try to be descriptive with temp-names for new tunes. Not too long after I discovered the name of the instrument as the Claviola. Pretty sure this performance is on the melodica though.

The next piece is hauntingly beautiful in all the right ways: Ballade In C Minor, ‘Vergessene Seelen’. This also has a VERY interesting history in MMW’s live repertoire. First (known) appearance of what I’d term the ‘Vergessene Seelen’ melody dates way back to May 29/1994 where the band jams off this in an electric setting — VERY cool discovery I made earlier while preparing FAITU#16. The ‘Vergessene’ melody surfaces yet again 6 years later, now in an acoustic setting, when the band began their run of acoustic gigs in early 2000; Apr 14/2000 began with yet another embryonic version of the “tune” — again, more like it’s a melody in John’s head that he toys with from time to time … I wonder how many other times it’s been used? I haven’t found others yet, but I’m listening! Finally on the 2007 acoustic spring tour the band debuts the tune they developed around that lingering melody, and Ballade In C Minor, ‘Vergessene Seelen’ is played each night, then disappears, eventually making its way onto the release of Free Magic in 2012. leading the band to playing it again — and REALLY working it! — over the fall 2012 tour, and again on this spring 2013 tour. This night’s version, like any of them, is well worth hearing. It’s a weird tune, but I REALLY dig it. This 4/19/2013 performance moves through the “Ballad” section smoothly and the ‘Vergeessene Seelen’ section seems especially hopping — the fall versions seemed to all move towards breaking down earlier or more slowly, but this one just quits the energy right to a short Drum Solo to finish out.

“Wild Instrument Jam” was great when I caught versions on the fall tour, and this one doesn’t disappoint either — well, except for the one idiot who keeps calling for the band to “fill it in”. Sometimes it’s best to just be quiet and listen, you might be rewarded in your soul for such attention. Maybe that’s just me? So, this is another “wild” and wacky improvisation with John on the Fujara (a Slovakian shepherd horn) — John gravitated to this choice of instrument over the fall acoustic shows, but the first few times this moment happened in the fall gigs it seemed he might introduce a new/unique instrument each time or at least shuffle between the newly played Claviola, Bamboo Sax, or Fujara. This jam works weirdly into Bob Marley’s Legalize It — a tune they’ve covered electrically as a trio since 2003, but then became part of their MSMW repertoire and was recorded on the OUT LOUDER album with Scofield.

Suspicious Minds closes the set and the show — as unlikely a cover as any MMW have tackled. I LOVE It. Got to hear it a couple of time on the fall ’12 East Coast leg of the tour.

So no encore, which is how the band rolls sometimes … in this case, no worries, as each set sits as a nice whole in and of itself … I think these acoustic chamber sets will treat you well on this (Good) Friday Afternoon In The Universe …