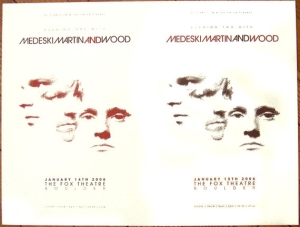 – SHACK THOUGHTS – 10 YEARS AGO TODAY
So this show finishes off the band’s mini Colorado run in one big set, and there’s plenty to dig into … again, at the start of 2006 the band is in a semi-creative phase with some of the Out Louder tunes popping into rotation, but otherwise they are just playing the hell out of recent and older tunes … little improvisation and just solid playing and manipulation of the tunes themselves.

Note that out of Salsa comes a small Blues Improv (not the same as 12/3/2005 as was thought at one point), and then they jump into a slightly wacky version of Hanuman with Chris’ brother Oliver on guitar — this would be before they’d ever played it live with John Scofield — check it out! (Just like the previous night, The Wood Brothers opened the show, hence the sit-in from Oliver.)

And that closing of the set with Coconut Boogaloo > Rowboat busting out of Pappy Check‘s acoustic outro should be heard by YOU!