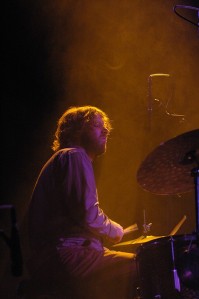 – SHACK THOUGHTS –
Another KILLER first set to my ears. Fantastic improvisations to get the ball rolling, and then the mix of tunes for the rest of the set is great, punctuated by a haunting set-closing Nocturne — the guys REALLY played great versions of this tune during this time.

Egbe Mi O is a heavy groove to start Set II — I’d love to catch this tune live. Then some nice combos of ITAHTLMJ > Baby Goats and T&C > B&F — I know many folks don’t care for it, but I REALLY dig Back & Forth … it’s like a manic carnival theme all hyped-up on something, and what Chris does to his bass in that tune, especially in the opening section, is some heavy, heavy shit for my ears … 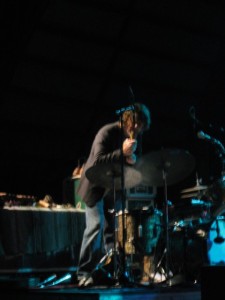 MARCH 2007
These March shows that start off 2007 are HOT HOT HOT!!! I love them all and have listened to them often — especially the loose and improvisation heavy first sets from these gigs. I do have to say that I’m just not a huge fan of Oliver sitting in … it’s fine, but I don’t find he *lifts* the band up in their performance, if you know what I mean (and these days I would *MUCH* rather find Chris hanging more with his brothers from other mothers than his bio-bro, but I digress) … nonetheless, some cool moments from him in that 2nd set and great playing from the band … still have the MSMW tunes floating around since at this point they’d recently played the Nov > Dec tour with Sco …

We had an incomplete copy of Nashville (3/4) pop up a couple of years ago, so there’s always hope … but for now …